What are the Reasons and History of Car Lifts

What are the reasons and history of car lifts?

Car lifts or car elevators play an important role in modern and daily city life. By the way, car lifts and car elevators carry the same meaning most of the time. But a general distinction between them is the shape. When we say a car lift, we mostly understand a machine that is to lift or hoist a car from the ground. The main types of car lifts are; 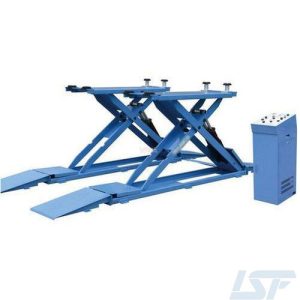 And the reasons for these lifts are parking and maintenance.

If you are a good follower of our blog, you may be aware that we have already mentioned car elevators, their effects on the future, and some important issues about them. Today, we will talk some more about them. First of all, who built the first car elevator and lift? Where were they built? These are very interesting topics that will take you back in time.

Then we will talk about the reasons for the functions. Why do we need car lifts? What are the reasons that we prefer them? We will try to give reasonable answers to these questions.

Who Built the First Car Elevators?

When we consider the history of car lifts, the first fully hydraulic car lift was built and patented in 1925 at Memphis, U.S.A. for a service station by Peter Lunati. The name was Rotary because it was rotating 360° in order to let vehicles in and out with front gear because some vehicles still didn’t have a rear gear back at that time. It was innovative and beyond its time invention. This machine helped the mechanics do their maintenance job far more easily.

But the car elevator was a much more requirement. As needs create inventions, the parking problem in big cities of the United States, helped inventors for the history of car lifts. The first examples were built in Los Angeles, New York, and Chicago in the 1920s. Westinghouse invented and built the first system in 1923, on Monroe Street, Chicago. It was not a modern elevator as we know for today. It was like a bigger Ferris Wheel or a paternoster system. The elevator was powered by electric motors and some other hydraulic systems. After this one, more others were started to build all around the US and World. 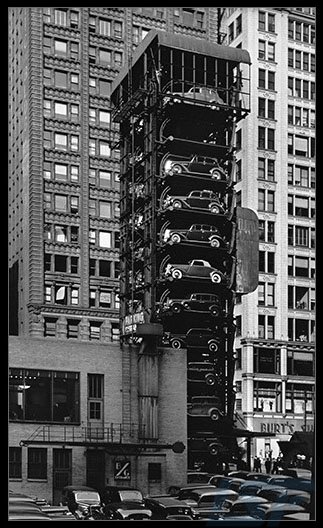 Reasons to Build and Use Car Lifts

So where are car lifts in the history of car lifts? Car lifts (as we can understand from the name) are the machines that hoist or carry our vehicles between different levels. We have given detailed information and how they shape the future in another post that you can check anytime.

Car elevators are an alternative choice where you can’t don’t have enough space for parking. When you don’t have a chance to build a conventional ramp to reach, you have to use these extraordinary solutions. That’s why Westinghouse built the first car parking lot in Chicago in 1923. It was in the city centers that the first examples of car elevators were built.

But today, car lifts are also for some aesthetic reasons or for pleasure. Some modern elevators are built in gardens, villas, or in private estates to not ruin their wonderful view. A covering roof that is compatible with the general landscaping of a garden hides the cars of owners. This type of car elevator with a covering lift makes the estate and the building more elegant, tasty, and fancier.

On the other hand, today, in some modern skyscrapers, there are some supercar elevators that the owners can bring their cars with them to their luxury apartments. The reason for this just can be; because they can. So we can say that the main reasons for car elevators are requirements, we mean lacking space, and for aesthetic, and pleasure.

This is the general perspective of the history of car lifts. As ISF Elevator Company, we follow the modern trends and fashion in our products. Our experienced team is always ready to calculate and provide your need anytime. For more information, you can contact us anytime.

ISF Elevator, was founded to supply elevator equipments for use in the modernization of existing elevators and in new elevator design.

What you can read next

Elevator Prices in the World